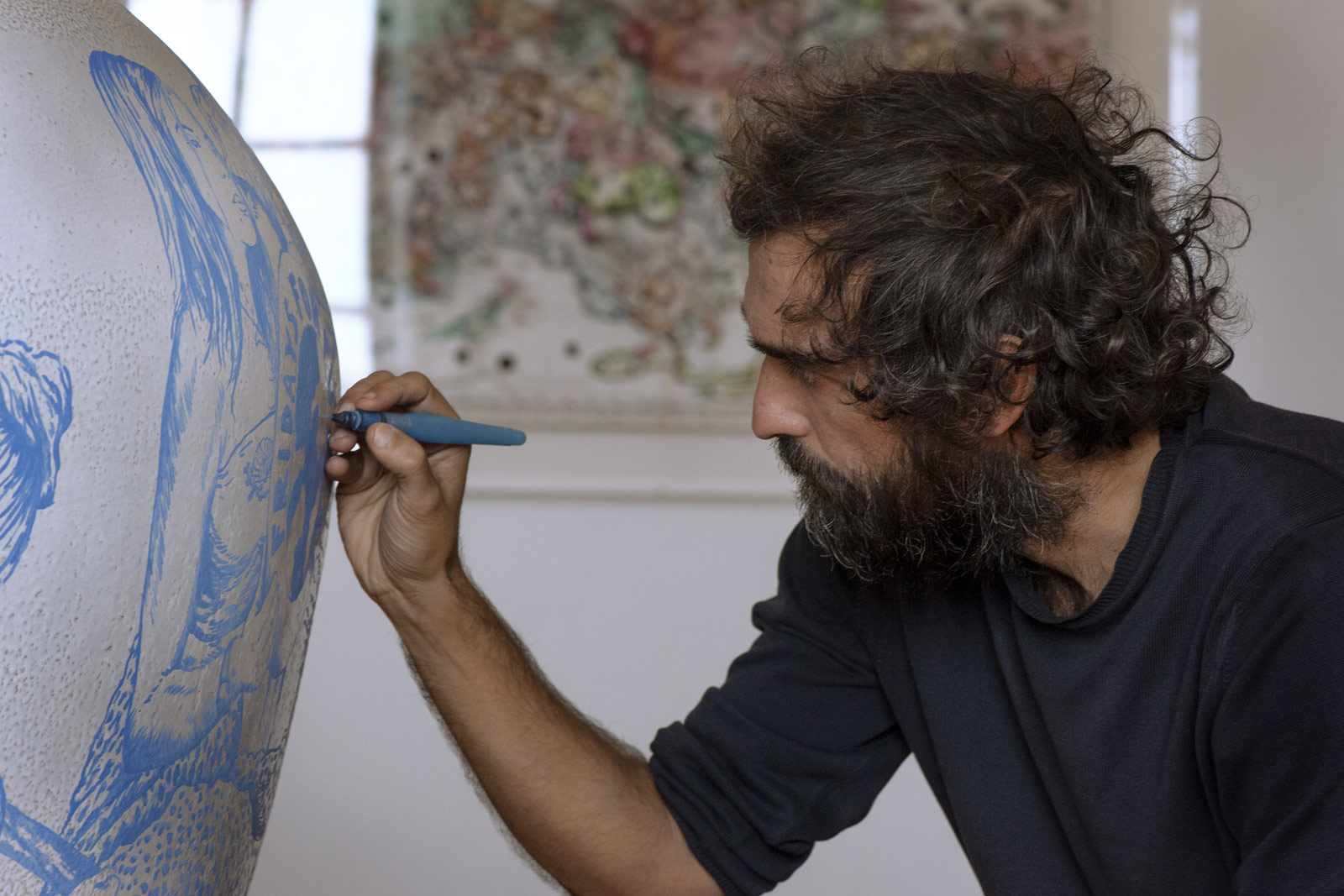 In progress The artist Fotogallery Visita

Pietro Ruffo: Never too young to make a difference

The first involved artist is Pietro Ruffo who specially made Never Too Young to Make a Difference for the occasion.

The viewer is welcomed in the Palazzo Chigi Zondadari’s corte (court) by a large hand painted clay amphora and some video projections that interact with the architectural forms of the court.

The installation expresses the sentiment of the young generations who have manifested, everywhere in the world, their wish of a radical change within the relationship with our planet, and also engages with the collective memory of the city of Siena recalling the symbols of the 17 Palio’s contrade (the 17 districts of Siena).

The exhibition continues inside the palace, in the different rooms we encounter an alternation of both ancient and modern populations’ flows: these populations move from one continent to the other on curved surfaces of vases and globes, in a perpetual movement that follows the migration of birds and constellations’ steadiness.

The project invites us to rediscover the cultural baggage that remains fixed in the memory of a community, it defines the identity of places and becomes the spark of a shared change.

Pietro Ruﬀo (Rome, 1978).
The investigation on human condition is an essential part of his artistic path that is born from historic, philosophical and social considerations, and that evolved through a deep conceptual dimension of art which originated from his education in architecture. Drawing and carving are for Ruffo means of research which analyses dynamics both ancient and contemporary, giving life to installations that have managed to assume environmental dimensions.
Graduated from architecture at the Università degli Studi Roma Tre, in 2009 he won the Cairo Price and in 2010 the New York Price, he also held a research grant at the Italian Academy for Advanced Studies at Columbia University.
In the last years he was exhibited at important museums and at international institutions like: the Biblioteca Apostolica Vaticana, Vatican City, 2021; the Museu de Arte Contemporânea de la Universidad de São Paulo, Brasil, 2021; the Zhejiang Art Museum (ZAM), Hangzhou City, Cina, 2020; IA&A AT HILLYER, Washington DC, USA, 2019; the Bardo National Museum, Tunis, Tunisia, 2018; the Indian Museum, Calcutta, India, 2018; MAXXI – Museo nazionale delle arti del XXI secolo, Rome, 2015; and the Galleria Nazionale d’Arte Moderna, Rome, 2014.
He received various important public commissions which have brought him expand his work in an urban dimension. 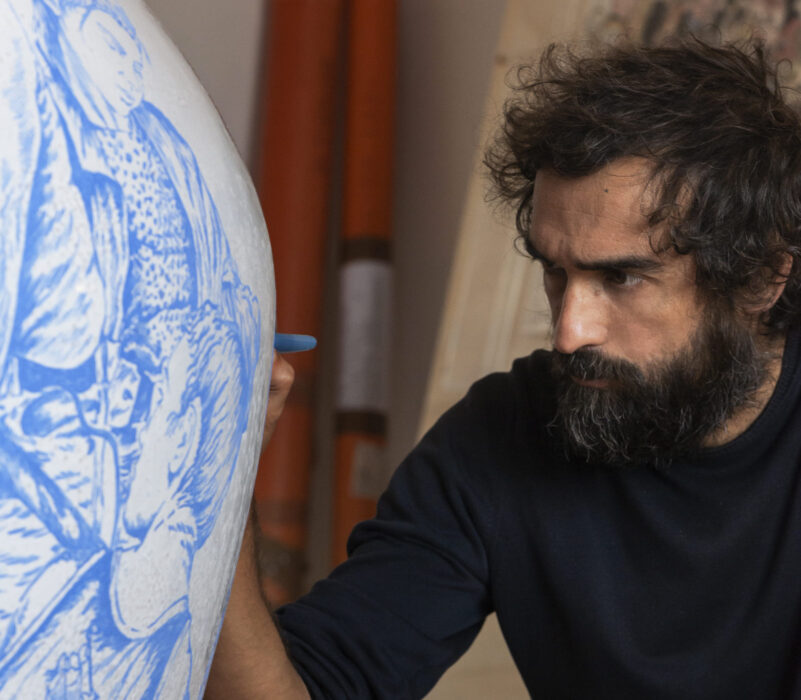